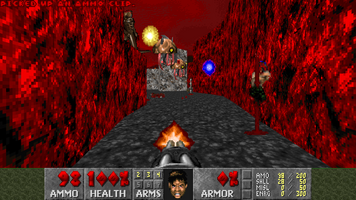 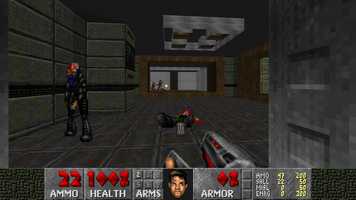 Advertisement
The release of the Doom engine as free software by its creator, idSoftware, has allowed independent developers to create a parallel version that respects the essence of this classic video game. However, Doom’s engine is useless on its own; in order to play, you need a resource file called IWAD that contains all of the game’s data: textures, graphics, sounds, music, enemies, etc. The purpose of FreeDoom is to build a resource file from scratch that stores a completely new game.

FreeDoom consists of 32 scenes and three difficulty levels, all completely original resources that don’t violate the rights of the author of the original game. However, FreeDoom is only an IWAD file, which means you need an interpreter to run the game such as Zandronum or PrBoom.
Reviewed by Álvaro Toledo
Advertisement

Why is this app published on Uptodown?
(More information)

There are opinions about FreeDoom yet. Be the first! Comment 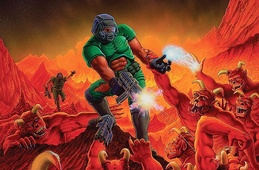 Jun 11th, 2019 How to play the original installments of DOOM in Android

GTA
The first GTA of the succesful sage, now for free
Sonic and Knuckles
All the fun of this tiny hedgehog
Sonic Robo Blast 2
New revision of this classic game
Mario Forever: Block Party
Funny platform game where we control Mario
Open Sonic
Open source remake of the classic of SEGA
Mortal Kombat Project
Reinventing a Classic of Martial Arts
Namco All Stars Pac-Man
Original version of Pac-Man ready for your PC
Donkey Kong Remake
A good clean-up for the classic Donkey Kong

IMVU
It arrives the revolution of instant messaging
LaunchBox
An elegant frontend for all your games
MAME
The most popular arcade emulator
MameUI64
All the power of MAME, now with an intuitive interface
ClrMamePro
Update Mame Roms without a problem
Emu Loader
Load and control all your emulators
Goose Goose Duck
That goose is a little sus
Rules of Survival
A 'battle royale' for up to 120 players